Imagine a new type of security system that, rather than storing data or an encryption key on a USB drive, encodes information into a small piece of plastic that can be unlocked only via a chemical reaction using a specific type of substance. And the devices that can read this information think like human brains and have the ability to communicate seamlessly with today’s electronics.

These are some of the futuristic technologies that could someday be possible because of a new platform being developed by researchers at The University of Texas at Austin. The team, made up of a chemist and two electrical and computer engineers, has received a $1 million grant from the W.M. Keck Foundation to create a new data storage and retrieval paradigm centered around synthetic polymers, a class of materials that are made up of a large number of similar molecules bonded together, such as polyurethane.

“As far as we know, this is the first attempt to encode an abiotic (nonbiological) polymer that is designed to communicate with electronics,” said Praveen Pasupathy, a research associate in the Cockrell School of Engineering’s Department of Electrical and Computer Engineering who is working on the project.

Other researchers have attempted to marry DNA, the data storage system of living things that uses a four-letter alphabet, to integrated circuits because of its potential to store information more densely than conventional magnetic storage such as that of computer hard drives. But data are stored in DNA by chemical processes, not through the small electrical pulses used in integrated circuits. This has made it extremely challenging to marry the two.

In the new system, a thin layer of polyurethane sits atop an integrated circuit. The material is a polymer, meaning it is made up of long strings of similar molecules called monomers that are like beads strung on a necklace. Small changes in electrical charges cause individual monomers to respond chemically, taking on one of eight different electrochemical states, like letters in an eight-letter alphabet. Doubling the letters in the alphabet allows the polymers to form more “words,” Pasupathy said, leading to an exponential increase in storage capabilities compared with DNA. These letters can be written and read with the same electrical pulses upon which integrated circuits operate.

“Mother Nature evolved the base four code [of DNA] over billions of years,” Anslyn said. “But I’m a synthetic organic chemist. I’m not limited to something that biology happens to have given us. I can make whatever I want to make.” 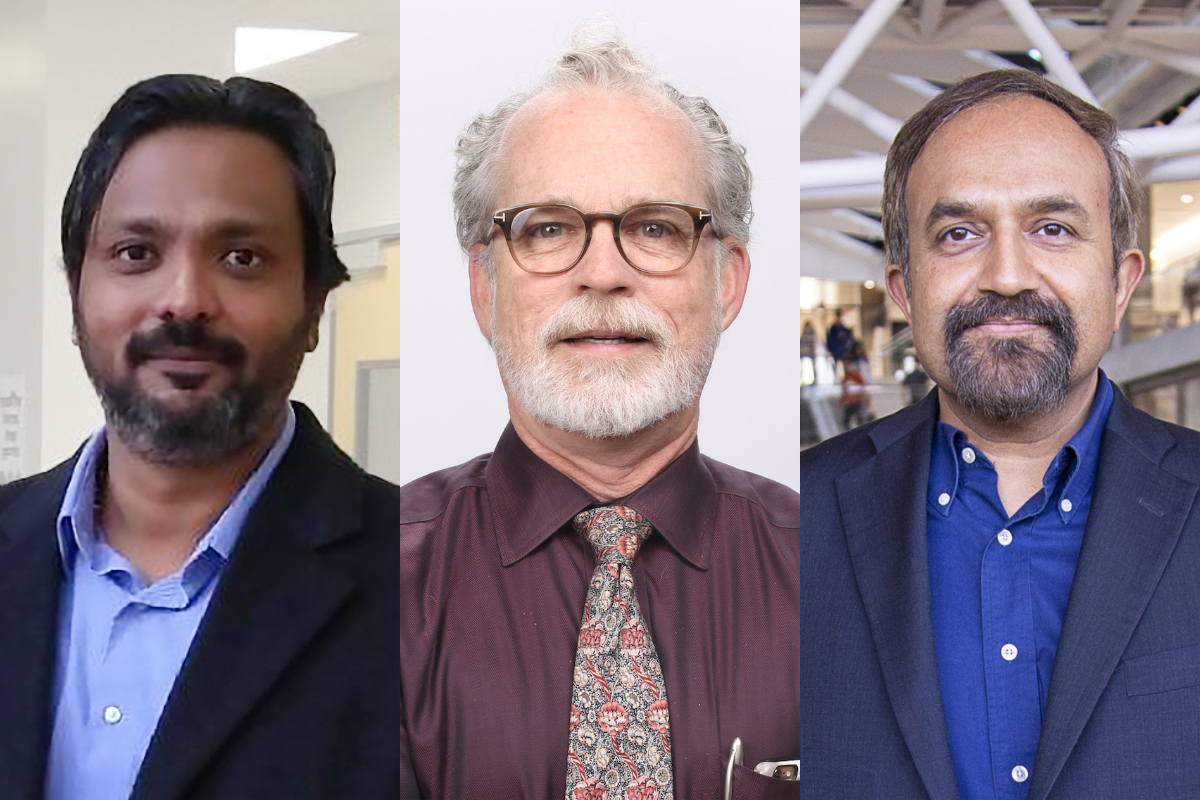 So far, the researchers have successfully stored information in polyurethane using chemical methods. Now, thanks to their new grant, they plan to build an interface with integrated circuits that will enable reading and writing with electricity.

Previous attempts to encode information within abiotic materials such as polymers have struggled to read out the data. To unlock this capability, the team will rely on neuromorphic computing, or electronics that operate like human brains. These computers will use the equivalent of neurotransmitters to send important messages, the same way serotonin can make a person feel happy.

The researchers are creating the building blocks to enable the ability to hide information in plain sight on small pieces of plastic either revealed or concealed by specific reagents. The correct reagent could be stored in an everyday item like a pen, and combined with the polymer to unlock the encoded information that could then be unraveled and read via the neuromorphic computing capabilities the team is creating.

“It would be nice if you could actually hide information on a piece of plastic and walk away with it,” Dodabalapur said. “At a fundamental level, we are uncovering new ways for chemicals and chemical processes to talk to electronics.”

Based in Los Angeles, the W.M. Keck Foundation awards grants focused primarily on pioneering efforts in the areas of medical research, science and engineering. The foundation also maintains the Southern California Program that provides support for the Los Angeles community, with a special emphasis on children and youths.